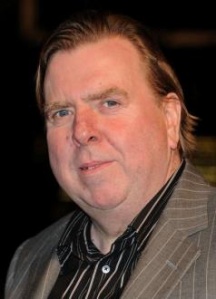 Nick Pyrite is an original character for Nonestic Tales: Pirates of the Nonestic portrayed by Timothy Spall.

Nick Pyrite was born and raised under the docks of Kingsport. He prospered enough in the scavenging business to open a shop: Trash to Treasure. It barely earned enough to stay open, but it did draw the attention of ten-annuals-old Malachite Granite and Thomas Slate. It kept their attention when Malachite discovered a few magical relics among the junk Pyrite had collected.

To his credit, Pyrite only taught the boys about scavenging and didn't provide access to anything their parents would disapprove of. It was a matter of pride that the Steward's son called him 'friend' and never stopped coming to his shop. And Slate always scavenged something profitable when the rent was due.

Slate was the ambitious one and Pyrite encouraged him. One should never be penalized for having the misfortune of being born under the docks. But his naval career didn't seem to satisfy Slate.