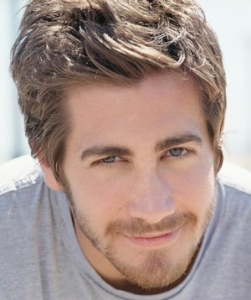 Malachite Granite is an original character for Nonestic Tales: Pirates of the Nonestic portrayed by Jake Gyllenhaal.

Malachite Granite is the only child and heir of Bornite Granite, Steward of the Nome King. The first magic user born in the Granite family in six generations, he was tutored by the finest magic tutors from the mainland (by the Steward's doing) and by the Shaman (by his own). He doesn't have any limitations or special knacks to his talent, but his power level is much lower than DG's or the Shaman's.

In diplomatic circles, he has the reputation as a practical joker, though he rounds out his joking zeal with an obsession over history. It's not that he doesn't know how to behave, but why should he when life should be enjoyed? People like his father and Lord Langwidere take themselves and their roles far too seriously. As long as the people are taken care of, laugh once in a while. This love of life led to his unlikely friendships with people outside of his social circle like Nick Pyrite and Thomas Slate.

Accidents that could have been deadly started happening frequently in Malachite's presence after Slate became the youngest Commandant of the Island Navy. But Malachite couldn't view them as a bad thing when the ship explosion led to his rescue by the new pirate Blood-rage Bobbins, who turned out to be a beautiful woman named Betsy. Betsy didn't believe he was worth ransoming--even after he told her who he was. Malachite shrugged off her disbelief, not ready to leave just yet, turned his charm on her, and started fitting in with her crew.

This situation with Betsy gradually thawing toward him lasted for a couple of weeks until the You and What Navy? made port at Mount Cove. A rival pirate crew recognized and kidnapped him. They contacted the Steward for ransom, but Betsy found them first. She showed Malachite why her nickname was 'Blood-rage' and proved that his flirting had not been in vain.

Malachite made her keep the ransom, referring to it as his dowry, while he returned to Kingsport. Betsy continued to drop in, attending balls as Beth Hematite, and the Royal Rest as herself. It wasn't long until Betsy became pregnant. Malachite insisted on marriage, but he didn't introduce Betsy to Thomas or Nick until their wedding ceremony. Treasure was born before the end of the annual.

Malachite introduced Treasure to his father after she turned two. Bornite Granite was less than pleased with his son when he didn't introduce the mother with his child, but there was no reason to not let the girl be Malachite's heir.