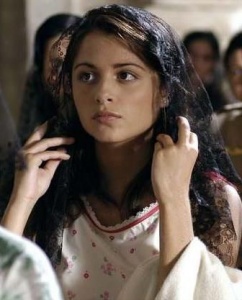 Chelsea Girnwood is an original character in Dragons and Ninjas. She is the daughter of Mrs. Girnwood, an active Resistance member under the eleventh Lord Gillikin. Wyatt Cain helped her evade capture in Central City, and she told Chelsea she could trust the Tin Man who worked for the Mystic Man. She also arranged for Chelsea to work in Gillikin Fortress when she first got sick, so when she died her daughter wouldn't be forced into an orphanage.

Chelsea was assigned as nursery maid to Halvard, Lord Gillikin's heir. She loved the little boy, and kept her head down so not to lose her position. The nurse took advantage of Chelsea's fear of being fired and got the girl to cover for her when she stepped out to spend time with her boyfriend in the guards.

The dragon attacked Gillikin Fortress after Chelsea had been working there for a little over an annual. Halvard and Chelsea survived the attack because the boy had wanted a snack, and she hid them in the root cellar of the kitchen. When she didn't find any other survivors, she realized Halvard was now Lord Gillikin and she had to get him to the Queen. DG, Wyatt Cain, Glitch, Raw, and Zack Baker found them before they left the ruins of the fortress.

During the return to the Central City Palace, DG hired Chelsea as Halvard's governess.

Chelsea is portrayed by Stephanie Leonidas.